Silver/grey and of good metal without defects.  Very rare, of 9 examples of the type recorded in the EMC and SCBI databases just 2 are of a similar type (retrograde obverse legend, single pellets on the reverse) Very fine.

The form, weight and retrograde legend indicate this coin was manufactured in the Danelaw, either in the last years of Alfred’s reign, or during the early part of his son’s reconquest of a large swathe of Viking held territory, this leading up to the recapture of York in 927 AD. 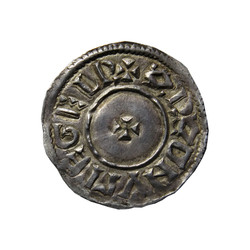 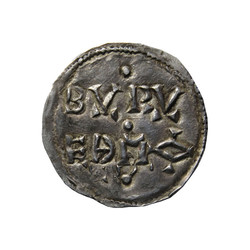